So, I got this idea from nevillegirl at Musings From Neville’s Navel. Basically, it’s a meme going over the events of the past couple of months.

It’s hard to believe that winter is over, isn’t it? And I’ll be turning fourteen in a couple of days. Weird.

Image From This Winter

A photo taken during photography class at my school.
Favorite Quote From A Book I Read This Winter
“In the end, all it takes is one small action, by one person. One at a time.”
-Ghost Hawk, By Susan Cooper 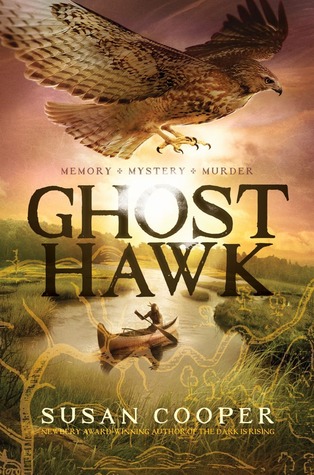 1. The Neptune Project, by Polly Holyoke. It quickly became one of my new favorite books. I love the characters, the story, and the writing.
My birthday! No. Okay. Um. Seriously.
First of all, the new X-Men movie, Days of Future Past. And Muppets Most Wanted. Honestly, it seems like all the best movies are coming out this year. I’m so excited!
Second… let’s see. I’m going on a school camping trip; that should be fun, as I haven’t been tent camping in a while now.
Disney. After Frozen came out, I’ve been totally hooked on Disney. Remember how I was mentioning adding ‘yet another fandom’ to the list? Well, here’s another one. Give me a year and I’ll be a sobbing wreck from all the feels.
Third. Let’s see. Looking at FitzSimmons stuff on Pintrest because even though I don’t watch Agents of SHIELD it’s one of the bestest ships ever.
This Winter In One Word
Fast. The year has been going by much too quickly for me.
Most Popular Review This Winter
The Neptune Project, by Polly Holyoke.
Top Two Books I Read This Winter


2. Shada, by Gareth Roberts. It’s like high-end Doctor Who fanfiction, plus it retains the trademark humor of Douglas Adams.
Two Things I’m Looking Forward To This Spring

Three New Obsessions This Winter
Marvel superheroes- the movies and occasionally the comics. I’ve never really been into superheroes before, but lo and behold. Here I am, a newly coined True Believer. Yet another fandom to add to my list.

Most Popular Five Blog Posts Overall This Winter
How to Read & Write Circular Gallifreyan
Way To Go, Marvel!
Photo Editing
What Every Fairy Tale Needs
The Neptune Project Review
Five Posts I Loved On Other Blogs This Winter
How to Write Strong Females
Mini Reviews: Heroic Edition
Love and the Pursuit of Evil
First Reaction to The Giver Film Trailer
Sochi and Stuff
Five Things That Happened This Winter
Hmm. Let me see.

I started a new novel, which I may or may not write a post about sometime in the near future.I downloaded the free trial of Scrivener, which I may or may not decide to use. I realized that my decision about which high school I want to go to will be a lot harder than I originally thought. I joined Pintrest and went crazy with it. And I learned the basics of html coding and css.

Three Songs That I Listened To Far Too Often This Winter
Let It Go, from Frozen. It’s perfect stress relief, and always manages to make me feel better.

New Year’s Day, by U2. I just discovered U2 on my iPod, and I love it. It’s quickly made a place on my list of favorite music.

Eleanor Rigby, by the Beatles. It’s so sad. But as Sally Sparrow so wisely put it, “Sad is happy for deep people.”

The Song of the Lonely Mountain, by Neil Finn. It’s so beautiful and rather haunting.

So, I think that’s about it.

After Editing on Pixlr

Thanks to Galloping Free!

Thanks to Justina Luther!

Thanks to Clockwork Desires!

Thanks to the Wolf of Starbucks!

the living hours
anthro{dendum}
Shapes in the Mist
Bagels & Lockes

Scattered to the Chaos of Life

Science, philosophy and whatnot.

Writing by and for LGBTQ+ teens

The journey of a young adult trying to find a sustainable, happy life

a literary magazine by and for teens

The Black Violets
Free As a Girl With Wings

Remembering to revel in the written word.

Stay and Watch the Stars

Twist in the Taile