So, hi guys! It’s me again, believe it or not. Sorry for the lack of posts lately! I’ve had a really hard time coming up with ideas for posts lately, but hopefully I’m back now. Keep an eye out for my review of Ash by Malinda Lo, as it should be coming soon!
(And yes, I’ve borrowed the Quarterly Rewind from Musings from Neville’s Navel again.) It’s a bit late, but hey, who cares?
Favorite Quote From A Book I Read This Spring
“I got to thinking that poems were like people. Some people you got right off the bat. Some people you just didn’t get- and never would.”
-Aristotle and Dante Discover the Secrets of the Universe, by Benjamin Sáenz
This Spring In One Word
Busy!
Most Popular Review This Spring
The House of the Scorpion by Nancy Farmer
Top Two Books I Read This Spring
Two Things I’m Looking Forward To This Summer
Three New Obsessions This Spring
Most Popular Three Blog Posts Overall This Spring
How to Read and Write Circular Gallifreyan
Elsa and Anna: Not the First
Why Gertrude Yorkes Needs a Bit More Appreciation
Three Posts I Loved On Other Blogs This Spring
Review: The House of Hades (Musings from Neville’s Navel)
Bending Over Backward (This Page Intentionally Left Blank)
Writers Should Learn Languages (YAvengers)
Three Things That Happened This Spring
Six Songs That I Listened To Far Too Often This Spring

Okay, okay. Maybe I did promise a bunch more book reviews. They’re coming, don’t worry! But last night I finally got to watch X2, so I’ll be reviewing that today.
*Spoiler Alert*
If I had reviewed this last night, I wouldn’t have been able to do anything but ramble about Jean’s “death”, because number one, it was late and I was exhausted, and number two, Jean “died”. One of my favorite X-Men. Even though, I knew she wasn’t dead… It was almost as bad as Reichenbach. Except not quite, because I knew how she survived.
Annnyway. I’m rambling, aren’t I? Sorry. You’ll have to bear with me here.
So. NIGHTCRAWLER. You may remember that I mentioned Jean was one of my favorite X-Men? Well, Nightcrawler is number one on that list. What’s not to like about a fuzzy, blue, swashbuckling pirate ninja with awesome teleportation powers? I’m not too sure of what I thought about him in the movie. He’s looks quite different from the way he looks in the comics, but I suppose it would take massive amounts of CGI to pull off, say, this.

Also, the mother/son conversation was really sweet. Although Mystique isn’t exactly the wise, motherly type, she passed on some words of wisdom to her son.

But anyway. Time to move on. I’m sure you don’t want to listen to me drone on and on about this.
Jean and Scott. Perfection. I loved their portrayal in the movie. They also pulled off the Logan/Jean/Scott triangle quite nicely. I also liked the developing relationship between Rogue and Iceman.
So. That’s it for now, folks.
Rating: 9/10 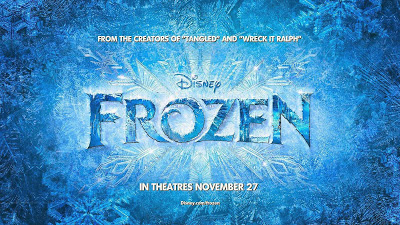 Oh my gosh. Disney’s newest movie, Frozen, was amazing. And I know I promised more book reviews, but I just have to write this.

First of all, the music.

The music was all amazing. Some of the songs, like “In Summer” were amazingly lighthearted songs that were fun to listen to.

Another thing I loved? The characters. Anna, the outgoing, naive younger sister who dreams of falling in love. Hans, the typical Disney prince who turned out to be evil. Kristoff, the sweet but incredibly shy mountain man who sells ice for a living. And Elsa, who lived in isolation to protect those around her.

Third, the fact that Frozen had the amazing combination of Brave And Tangled’s amazing, strong female leads and the beautiful music of their older movies.

The acting was great, but what do you expect from a group mainly consisting of Broadway actors and actresses?

I went to see the DoS yesterday, and… gosh. I don’t know what to say. First and foremost, I didn’t write the review yesterday because all I would’ve been able to do was squeal about how amazing it was.

And I’m going to try not to do that today, but I’m not promising you anything 😉

Let’s start with… the acting.

Oh my gosh. The acting was amazing.

Martin Freeman did a wonderful job as Bilbo, same as the first movie.

And Benedict Cumberbatch as Smaug?

His voice was so filtered that I could hardly recognize it, but gosh it was creepy. Almost as creepy as Sherlock when he’s mad.

And then Evangeline Lilly as Tauriel.

She did an amazing job, I must say, especially considering the fact that I originally hated the idea of adding in her and Legolas. But now, I’m not so sure. I was quite pleased with her character.

Except for one teeny, tiny thing.

I’m perfectly fine with Peter Jackson adding in Tauriel for some female representation. I mean, goodness, look at this chart.

Tolkein really could have a done a much better job with adding more female characters, which is one reason why I liked the addition of Tauriel.

But now that I’ve seen the movie, I’ve realized that even though she did get some really cool fight scenes, she was added more for the romance than anything else.

Why can’t we just get an awesome female character without romance and love triangles in the background?

As Evangeline Lily herself said,

“Because The Hobbit was my favorite book as a little girl, and the Silvan Elves were my favorite characters in the book, it would be a dream come true to play one, I agreed very quickly. And then they said to me, ‘Your character’s not in the book.’ And I took great pause as a great fan of Tolkien. I kind of gulped and went, ‘Whaaaat? Everyone’s going to hate me.’
At that moment when [Boyens] said there was a love story, I agreed to the job under one condition. One condition. And they agreed to the condition, and it was in place for two years. The condition was: I will not be involved in a love triangle. (“It’s true,” Boyens confirms). Because any of you who are fans of Lost — I had it up to here with love triangles.”
So now I’m going to stop ranting about the love triangle, because I really honestly did love the movie overall.
Most of the things they changed from the canon, I liked.
I didn’t mind the fact that Bard was a peasant instead of the leader of Laketown because I feel that it enforced the entire theme of the LotR trilogy- that small people can do great things.

I liked how they began to show Bilbo’s growing attachment to the Ring, something that never really happened in the book.

I honestly did love Tauriel’s character, and I still think she’s an awesome.
And overall, the movie was totally AMAZING.
Rating: 8.5/10
I really should be wrapping this up now, so bye, everyone!
Oh, and as a side note, all my really old posts containing nothing but pictures have been deleted. If you really want to see those pics, most of ’em are on my Pintrest page, which is linked from the sidebar.

Thanks to Galloping Free!

Thanks to Justina Luther!

Thanks to Clockwork Desires!

Thanks to the Wolf of Starbucks!

the living hours
anthro{dendum}
Shapes in the Mist
Bagels & Lockes

Scattered to the Chaos of Life

Science, philosophy and whatnot.

Writing by and for LGBTQ+ teens

The journey of a young adult trying to find a sustainable, happy life

a literary magazine by and for teens

The Black Violets
Free As a Girl With Wings

Remembering to revel in the written word.

Stay and Watch the Stars

Twist in the Taile